The question of “Abstinence vs. Moderation” is one that some people contemplate daily, but that many others have never considered. Your family member is addicted to drugs or alcohol. Is abstinence the only answer, or can things improve if they learn to moderate their use? (Moderation is the practice of consciously and reliably limiting the amount of alcohol or drugs that one consumes).

*This post originally appeared on our Member Site blog, where experts respond to members’ questions and concerns. To take advantage of our current special offer and get full access to the Allies in Recovery eLearning program for families, click here. 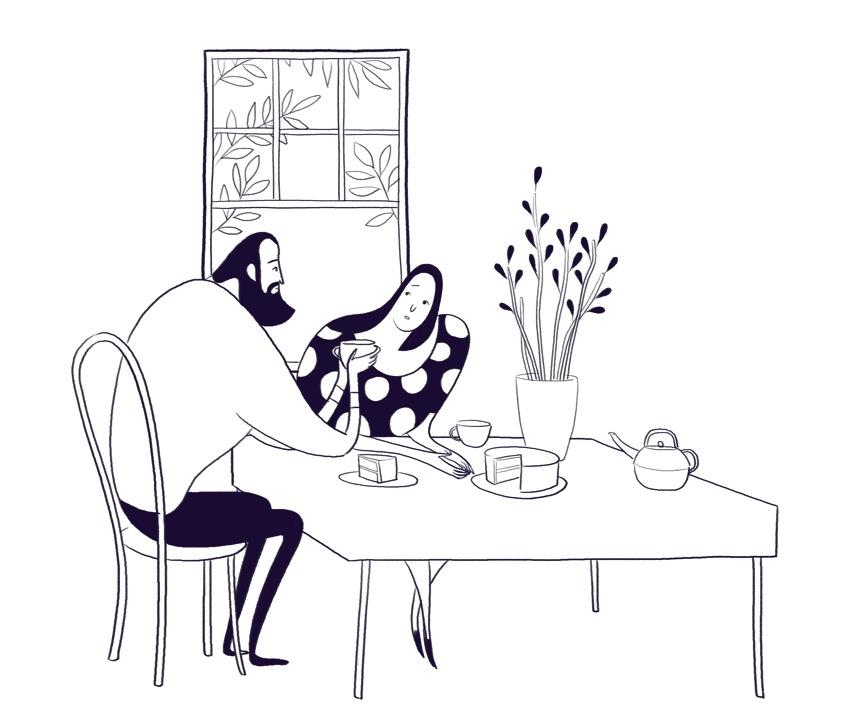 This question brings our attention to the vast gray area in our lives – everything that exists in between black and white. Black and white are the extremes on the spectrum. In this case, abuse of alcohol or drugs is pinned against zero consumption, referred to as abstinence. But what of everything in the middle?

Many families of addicted loved ones find themselves wishing for their loved one to swing from one extreme clear over to the other. They are beyond fed up with the pain and the drama. Their dearest wish becomes that their loved one never touch another drop, take another hit, etc. In fact they may have come to believe that 100% abstinence is the only acceptable solution.

Is moderation an option for your loved one?

Yet the research on alcohol suggests that moderation may work for people with less severe addiction problems. The studies suggest that for some people who may have not gone over the line into a pervasive pattern of use, they can drink a few glasses of alcohol, learn to stop there, and come to enjoy a somewhat normal life of drinking.

If your loved one believes they can moderate, there are two good reasons for you to go along with this. First of all, it may work. Second of all, if it doesn’t work, your loved one will learn that they are unable to control their drinking or drug use. They see that this problem is bigger than they initially thought. These are good realizations for your loved one to have on their own!

Attempts at moderation are a useful way for a person abusing drugs or alcohol to get feedback. It creates awareness around their using in general, and may well signal to them that their alcohol or drug use is playing a larger role in their lives than they would care to admit. And this awareness is generated without judgement from their entourage, but rather through self-observation.

How to test if moderation can work

While your loved one is trying to moderate their use, you can decide what the bottom line is going to be. However, please know that it is not necessarily advisable to include your loved one in this decision or discussion about the new “bottom line.” It can be more of an internal decision that you, the family member(s) make.

Here is an example of how the “bottom line” might be reestablished in your home. If they say they will only have two beers, then as long as they stay within that boundary you will behave as though they’re not using at all. So, based on the usual guideline of rewarding non-use and disengaging when there is use, you are going to slide down the scale a bit – from “zero tolerance” to tolerating one or two drinks.

You will reward their moderated use just the same as you would if they weren’t using. If they go beyond those two beers, you will calmly disengage and remove rewards.

Below, you can read a case study of how one woman applied the CRAFT method of alcohol intervention with her husband. She did this while he was attempting to moderate his drinking rather than abstain.

If your addicted loved one is talking about moderation, please give some consideration to the question. Sometimes we are surprised to find the solution (or part of it) in a place we hadn’t even thought of looking.

We worked with a wife who agreed with her husband that he could drink safely. In exploring his history with us, she told us that the majority of the time her husband could and did stop after two drinks. She liked to have a couple drinks with him on some evenings and felt he could manage it.  He thought so too, and wanted to try. The problem, she explained, was that every so often he drank more than two drinks and lost control over his alcohol intake.  In those times, he would steal her son’s ritalin, a stimulant prescribed for Attention Deficit Disorder and for which her husband acknowledged having trouble.

So, in working together, she and I decided she would set the line between one or two drinks, which she would consider as “non-use” (Module 5 on member site, see an excerpt here on youtube), and more than two drinks, which she would consider as “use” (Module 6 on member site). The strategy was for her to remain engaged and rewarding for as long as he didn’t go over the two drinks. She would then remove rewards, disengage and allow natural consequences if she saw or sensed that he had drank more than two drinks or was using stimulants.

A year went by without serious incident

There had been a couple episodes of stimulant use, but it did appear her husband could limit his alcohol intake.  Yet, when we next saw the wife, she told us her husband had hurt his back and had been prescribed painkillers, which he was now abusing along with the alcohol.  His abuse had started with much secrecy. By the time he admitted the problem to her, he was dependent and had started purchasing drugs in the street. The wife moved into her studio as a way to disengage form her husband as needed.  She limited her interactions with him. She moved the line from two drinks to the more traditional no drinks, and continued the same approach: reward non-use, remove rewards, disengage, and allow natural consequences when he did use.

Attempting to moderate his alcohol use had been important for her husband to try. It might have succeeded for him if he hadn’t introduced the painkillers. A month after we learned of his opiate use, he entered outpatient therapy and began working on abstinence with both drugs and alcohol.  His experience with the ritalin and now the painkillers made it clear to him that he was seriously susceptible to any drug and that had to include alcohol.

A membership at Allies in Recovery brings you into contact with experts in the fields of recovery and treatment for drug and alcohol issues. Our learning platform introduces you to CRAFT and guides you through the best techniques for unblocking the situation. Together we will move your loved one towards recovery. Learn more here.

Dominique Simon-Levine
Dominique launched Allies in Recovery in 2003. Her work has been featured on HBO and NPR. She is a facilitator and a trained speaker on issues of addiction and the family. She has worked extensively developing and evaluating federally-funded substance abuse programs for organizations and clinics throughout Massachusetts and New York. With an interest in recovery and substance abuse that spans 20 years, she sees a huge need to help families develop the skills to help a loved one recover fully in a supportive, whole, and lasting way in their families and in their communities. Her mission is to have Allies in Recovery fill that gap.